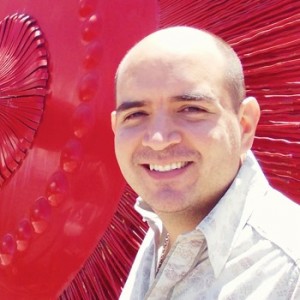 He was born in Buenos Aires in 1981. Technician in Fine Arts in 2003, he was author and illustrator of the most varied styles. He worked at the Teatro Colón, for advertising agencies and for important national and international publishers.

He also participated in several exhibitions. Among them, he was part of the catalog When cows fly, Argentina Country Guest of Honor at the Book Fair of Bologna, Italy, 2008.

He obtained different awards for his work. Among them:

There was a once-and-then illustration? Finalist, in 2013, of the prize Prize Jérôme Main Caisse d'Epargne Normandie with Chaparrón, album that wrote and illustrated. In addition, Chaparrón was selected by the Association for the development of l'eveil, by Bibliothéque municipale and by the Curieux Voyageurs as one of the favorite books of 2014.