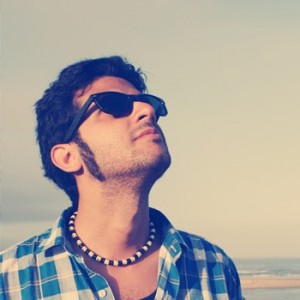 How Romeo made out with Juliet

Two murderers, a dead man and three...
Show all books of Gerardo Baró

He was born in 1983, in Buenos Aires, and has worked as an illustrator since 2004. He has worked in many publications, specializing in children's books and comic books.

He published his works in Argentina, Spain, Puerto Rico, USA, Colombia, Mexico and other countries.

In Quipu, he illustrated the Vampire Holiday books, How Romeo Fucked Up to Juliet, I Want My Once and My Red Color and Two Murderers, One Dead and Three Wafers.
He participated with his illustrations in collective samples of Argentina, Colombia, Mexico and Bolivia.

When you do not draw, listen to music, read, play (wrong) the guitar or watch movies. But most often I draw.