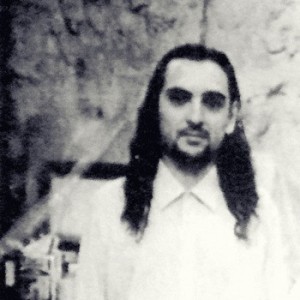 Born in San Isidro, Buenos Aires, with the name of Javier Savia. At the age of six he wrote his first comic album: Pilingya, the genius of stupidity.

Without ceasing to draw, his life passed between soccer (Nro 7 in Atlas Athletic Club), Psychology, pingpong, karate, theater and Fine Arts (graduated in '87 of La Pueyrredón). In 1989 he is chosen among the best cartoonists of the first Biennial of Young Art. He becomes OTTOYONSONH and with that name he will publish his works in Fierro magazine. He will have a radio show in the west of Greater Buenos Aires (throwing pigs to the daisies), and will participate in two bands of rock & roll. The '92 finds him inside the Bracque prize, singing his own tangos and publishing his comic strips in the Mexican magazine El gallito Inglés.