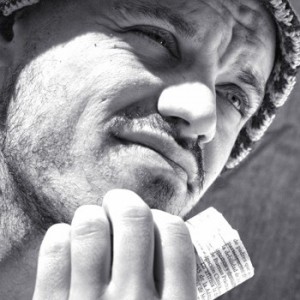 Shadows and shivers
Show all books of Lelo Carrique

Born in Buenos Aires. He began his career as an Art Director 13 years ago. He worked in advertising agencies such as Lautrec Nazca S & S, Leo Burnett and Ogilvy, among others. In those years, he developed his fondness for illustration, which he did from a very young age when he drew scenes from football matches copied from sports magazines. He started illustrating the flyers and albums of his musical group La Chusma. Today, he is in charge of the graphics of several independent rock bands, plays, cultural centers, porteños murgas. He collaborated with illustrations for the magazine Caras y Caretas and in the 2 editions of the exhibition "Industria Argentina" carried out in Tecnópolis and published in 2 books by the Ministry of Culture of La Nación.