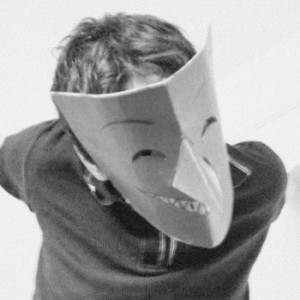 Don't try it at home

Where ghosts live
Show all books of Ochopante

At 4 years old, after returning from kindergarten, he would sit up in the armchair with the TV on to see Godzilla.

One of those afternoons, after my father returned from work, I asked him to draw it for me. He took a book on "Natural Sciences" and put on a picture of a dinosaur; Something that I, until then, did not know. But beyond my encounter with this novelty, and all good intention, I said: This is NOT Godzilla!

Thus I learned something else: If you want to realize what you imagine and as you imagine you have to do it yourself.

To take a pencil from there changed, became serious business. Beyond it was always a game.

A long time later I remembered that moment and wondered if I could draw that fancy as I would have liked to boy.

A while ago I found it in a notebook and decided to color it ...

Like so many things: the search for a Flower gave way to the conquest of a Garden.