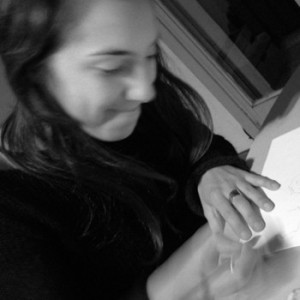 Martina Flor Arce was born in Buenos Aires in May 1981. She graduated from the Graphic Design Career at UBA, where she worked as a teacher for 3 years.

He began to illustrate in an amateur way and in the year 2000 began his studies of drawing and illustration with the Graphic Humorists Tute and Andri. Later, he participated in workshops of artistic calligraphy with the Calligraphers of the South and of several workshops of illustration, among them the one of the illustrator Silvia Mato.

She developed prints and illustrations for clothing for the Levi's brand and other independent brands and served as designer and art director in design studies.