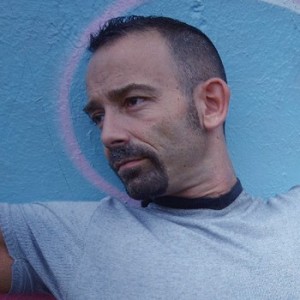 El Nuevo Escriturón. Curious and...
Show all books of Istvan

Istvansch (Istvan Schritter) was born in Madrid, in 1968; Lives in Buenos Aires and is considered santafecino - of the city of San Jorge - by adoption. He is an illustrator, designer and writer of his own texts. Some of his books are The most famous mouse, Clear ideas of Julito enamorado, All the money of the world, Federica boring and Abel gives soles. Together with María Teresa Andruetto, he developed Trains and La Durmiente. He was distinguished with the First Fantasy Prize for Children's Literature, the first mention of the Latin American Utopia Award (27th International Congress of IBBY, Colombia), the Octagonal Honor Award 2004 (CIELJ-RICOCHET, France) for his work as director of the Libros collection - Eclipse album and, on five occasions, his books were included in the Honorary List of ALIJA (Argentine Children's and Youth Literature Association). He was a candidate for Argentina for the Hans Christian Andersen Prize 2002 and 2004, and selected for international book illustration exhibitions for children from Bratislava, Bologna, Sàrmede and Buenos Aires.