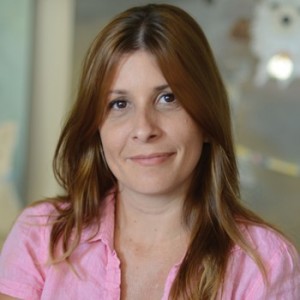 The time traveler IV
Show all books of Anita Dominoni

Daughter of Argentine parents, she was born in Bahia, Brazil. Scenographer of the National School of Fine Arts Ernesto de la Cárcova and theatrical character by the Superior Institute of Art of the Colon Theater. She worked as an art director for film and TV in Brazil. He won the Best Art Direction award at the Gramado Film Festival for The Last Romance of Balzac, directed by Geraldo Sarno. As an illustrator, she works for national and international magazines and in the local newspaper A tarde, in Salvador, Bahia. In 2011 she was invited to take part in the Bicentennial Pop Illustration Exhibition organized by Casa Malpensante with the support of the Ministry of Culture and the Archive of Bogotá, Colombia.