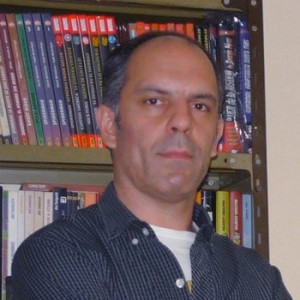 Madness at the matinée
Show all books of Sebastián Barreiro

Sebastián Barreiro was born in 1972 in Buenos Aires, Argentina, where he currently resides. At age 12, almost by chance, he discovered the comic THE THOUSAND AND ONE NIGHTS of the American artist Richard Corben and, in love with that work, decided to become a cartoonist. At age 16, he began his drawing studies with Master Oswal, while he trained in painting, sculpture and engraving in other workshops.

He has been working professionally since 1992, especially in children's publications.

Since 1999, he alternates this activity by creating backgrounds and directing art for film and television.

To work, he chooses to do it digitally while listening to the Beatles next to his dog Kari and, in moments of rest, he loves to watch old horror movies.