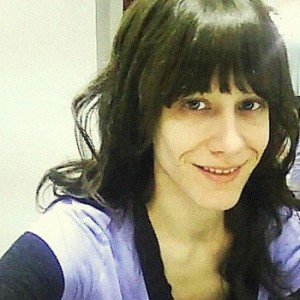 Gabriela Varela was born in 1980, in the City of Buenos Aires.

He loves to tell stories and he does it through words and drawings. As a digital illustrator, she performs character design, illustrations for children's stories, and collaborations for independent magazines and media. It was formed in several workshops of illustration, among them the one of Monica Weiss. He is a scriptwriter and studied at the University of Cinema (FUC), ISER and Guionarte. He also works developing audiovisual content. Between history and history, he plays the accordion and guitar with his band of friends.

If you want to know more about Gabriela, you will join gabrielalilianavarela.blogspot.com.ar