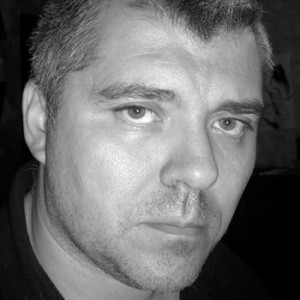 The turns of death
Show all books of Silvio Kiko

Silvio Daniel Kiko was born in 1971 in Lomas del Mirador, province of Buenos Aires. Fan of fantastic cinema and animation.

Studying the career of Graphic Design, he worked in advertising and began, in 1996, to publish his works in national and foreign publications. He counts among his works illustrations for manuals, comics, design of characters for animation productions, creation of children's table games and children's clothing.

He also participated in the design and development of scenographies for theater, cinema and television.

If you want to know more about Silvio, you will join silvio-daniel-kiko.blogspot.com.ar