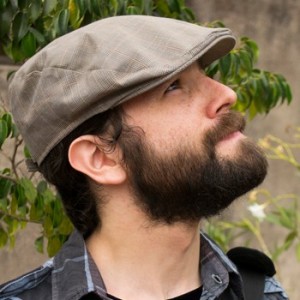 The time traveler
Show all books of Pablo Elías

He was born in Buenos Aires on August 14, 1982. He started his career in Graphic Design at the University of Buenos Aires and there he worked on graphic design and illustration. He passed through the workshops of Rubén Meriggi, Gabriela Escobar and Daniel Roldán.

In 2013 he received a Honorable Mention for his participation in the "Image Development Contest", and participated in the "Annual Illustrators Exhibition" being chosen as one of the fifteen most outstanding illustrators, receiving Honorable Mention from the Foundation the book. In 2015 he published the book Memorable Deaths.

In 2016 he embarked on a personal project called "Pavel Le Monstre", whose legend is the realization of figures in wood.

Visit his page at: pabloeliasilustracion.blogspot.com.ar