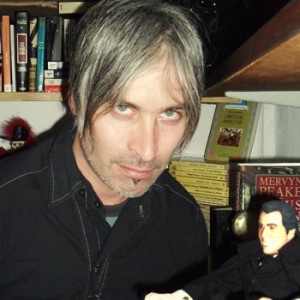 The turns of death
Show all book of Guillermo Barrantes

Guillermo Barrantes was born in Buenos Aires in 1974. His stories are part of numerous anthologies and Tierra Virgen, one of the narrations that integrates this book, earned him a Mention of Honor by the Argentine Circle of Science Fiction and Fantasy in 1998.

It is Author of the novel l temponauta – Enrique Enríquez y el secreto de San Martín and the collection of juvenile books Laberinto. He wrote, in addition, in co-authorship with Victor Coviello, the saga of books Buenos Aires es leyenda. He is currently a columnist in the children's magazine PIN de Caras y Caretas.

In addition, as an audiovisual producer, he wrote and directed Estornudo Mariposa, a short film winner of the 1st. Festival of Audiovisual Media Leonardo Favio. He is also author of the cinematographic script of the new film by the Argentine director Sergio Mazurek.