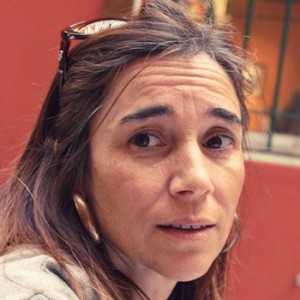 At the hawk's feet
Show all book of Mónica López

Mónica López was born in Buenos Aires, on June 21, 1967. She is a teacher and an advertising. His published works are Circo La Pirueta and El Monstruo Verde-teatro; Paper airplane, Aratan the superweather, Princess Nostá, Snowy glitter, Aunt's room, Invisible friend, Lucio Lazy-tales; Patitas and Books to the Water-collections for the smallest; Alto Planicie Exploration and Flying Poems.

Among the acknowledgments are: the publication of Chips in the Sun, -Ediciones La Librería SADE-Mention of honor by the story "For two bodies" Publication of the story "Wide" in the genre of fantastic terror, in the World Anthology in Darkness.

He received special mention in the Sigmar 2014 Prize with the novel A concert, two vampires and a night of sighs.http: //monicalopezescritora.blogspot.com.ar/