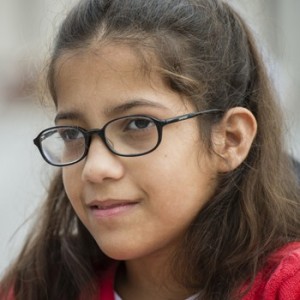 The shadows' thief
Show all book of Verónica Cantero Burroni

She was born in Campana on June 3, 2002. She is the sixth of seven children. Attends the secondary school Saint Thomas Aquinas. And Tomás is also the name of the protagonist of his first stories: The dream of Tomás (2010), Tomás enamorado (2011), Thomas form family (2012).

In 2013 he wrote Cuentos raritos, a collection of ten short stories, commented by journalist and writer Sergio Sinai.

The thief of shadows is his first short novel, whose Italian edition won the prestigious Elsa Morante prize for young people of Literature 2016.