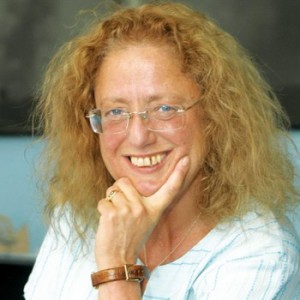 Adela Basch was born in Buenos Aires. She is a playwright, a storyteller, a poet and a Professor in Literature and Letters (UBA). Her books explore, from the humoristic plane, the different ways of approaching language and  thinking about it. She has published more than sixty books for children and young adults, most of them in Argentina, but also in México, Colombia y Brasil. Her plays are often performed not only in Argentina, but also in Spain, Perú, México, Colombia, Venezuela, Uruguay, Paraguay, Dominican Republic, Cuba, Israel, England and other countries.

She has won numerous awards. She has taught courses and workshops in the main cities of Argentina and in Spain, Venezuela, Bolivia, Cuba, Puerto Rico, Dominican Republic, USA, Chile and Germany.