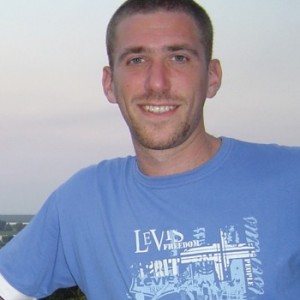 One way or another, this circus is...

The king's daughter
Show all book of Darío A. Levin

Darío A. Levin is a writer of children's literature. Several years ago he published his stories in school books, magazines and anthologies. He has already published Cuentos de princesas, caballeros y dragones, Historias de princesas, amores, hechizos  and children's novel lanca suerte, negra suerte, among other titles. He has received mentions in literary contests. And in his last book, retakes the pleasure of writing stories with his favorite characters: princesses and kings.

Darío is an account executive in an advertising agency and is also a professor of non-formal education in Creativity, Games and Children's Literature where he manages to unite his three passions.