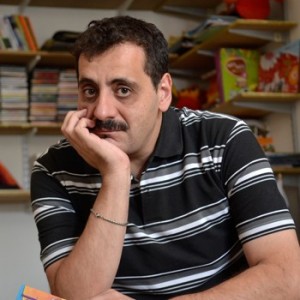 Amadeo and his hat

He was born in 1970 in Mendoza, Argentina; where he lives and writes stories, novels and plays. He also travels the country giving reading and writing workshops to adults and children.

In this publishing house he has published ampíricas vacaciones y otros cuentos de risa, Yo quiero mi había una vez y mi colorín colorado, Amadeo y su
sombrero
and cartoons of Puro Pelo with Juan Chavetta. One of his works won the 2nd Prize and integrates the book of ¡Derecho al escenario!, contest organized by ATINA and Quipu in the year 2013. He has published many other titles in several Argentine publishers. He won the "El Barco de Vapor" prize in 2013 with his novel El viernes que llovió un circo.