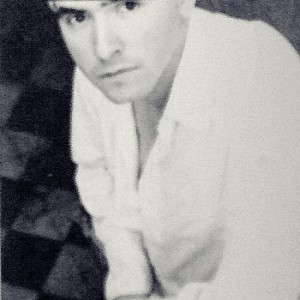 THE DESERTOR
Show all book of Marcelo Eckhardt

1965: Born in Salta. 1966: appears Revolver, of the Beatles. 1969: In the arms of his mother watches the moon when Armstrong takes a small step and a great step for humanity. 1972: His family moved to Patagonia and settled in Trelew. 1980: Champion of tennis. 1981: Listen to Rabid Fish Credulity. 1984: Discover Apollinaire. 1985: Rainy afternoon. See the movie Lara The Phantom in Paradise. 1989: Nicolas Rosa says: "finally, the only thing left is ethics". Write Radio Tongue and Radio Kiss (stories). 1991: Go to Los Brujos in action. He writes Loly Vampirer (novel) and Yafue (stories). 1992: He writes The deserter and the biographical chronology for the present edition. 1994: He studies aesthetics in the sonic club of Pablo Schanton and writes Latex, on an aesthetic monster. Go back to the south. 1997: He writes Trelew, a series of literary fragments about his city. 1999: Walk for three days on the plateau and learn to perceive the so-called desert. 2000: Ivan, his eldest son, is born. 2003: Lee The era of the desolation of Dardo Scavino and understands, minimally, the denominated homeland. 2006: Learn to narrate while enjoying several films. 2007: mp3 allows you to build an island of songs that, along with its primitive garden make up its existential retirement. 2008: Joaquin, his youngest son, is born. He re-edited books but never stopped writing and rehearsing literature. Edit The new rage, or Astier in Patagonia. 2009: publishes Zero, a literary exercise on doubles, replicas and clones of television; And Barbarian Postcards, reports on Patagonia.