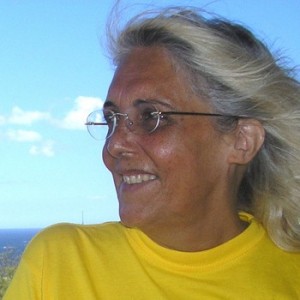 Rudder to pooort, pirates at sight!
Show all book of Graciela Pérez Aguilar

Graciela Pérez Aguilar was born in Buenos Aires in the spring of 1947. Since she learned how to read, she realized that in books there was an immense world created by the imagination and wanted to live there. That is why she studied Literature and worked as a teacher, editor and writer, always close to literature. Her first book was a science fiction novel: El constructor de sueños and then followed by several story books like La lagartija amarilis, Perros, gatos y sueños, El tigre del espejo and El Pequeño Dragón series. Almost always, her favorite subjects have been the stories of animals, the legends of the world and, of course, tales of pirates.