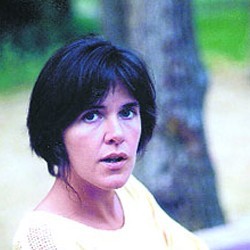 She was born in Banfield in 1953. She was a teacher and a writer.

She was part of the Grafein group from its beginnings in 1975 until its dissolution in 1980 and is co-author of the book Grafein. Theory and practice of a writing workshop. Together with María del Carmen Rodríguez and Hugo Correa Luna, she coordinated the writing workshop under the Secretary of University Extension of the Faculty of Philosophy and Letters of the University of Buenos Aires (1984-1985) and in the same Faculty coordinated since 1984 a workshop Of writing with educational orientation along with Gloria Pampillo.

Reflections of these experiences are the booklets "Open workshop of writing" and "Workshop of writing with teaching orientation" of the series Courses and Conferences published by the Secretary of University Extension of the Faculty of Philosophy and Letters.

She is coauthor of Workshops of writing (With the hands in the mass), of the small Lecturón, Even the children, the writing and its discursive forms and of Between lines. Author of El Lecturón and El Lecturón II and coauthor of El nuevo Escriturón and Los hacedores de texto 7, the four published by El Hacedor. He directed the collections "Libros del Olifante" in the editorial Books of the Eclipse and "El Caldero" in the Puerto de Palos publishing house.

He was in charge of the chair of Journalism at the University of Lomas de Zamora and the Chair of Workshop of Expression I in the career of Communication Sciences at the University of Buenos Aires. For two years he coordinated the Language Curriculum Area of ​​the Ministry of Education of the Nation where, with a group of colleagues, he invented an attractive game to learn to read and write called Trengania.