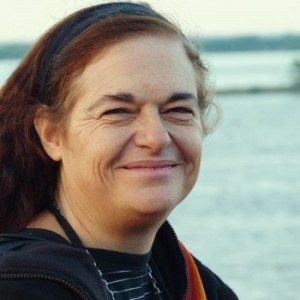 The things, the cat and I
Show all book of Márgara Averbach

I was born in the Capital in 1957, but until six I lived in Santa Fe with my grandparents. That life in the deep field, without electricity, without running water, was a paradise for me. That's why I live in the conurbano. Although I like the city (cinema, noise, even people in the streets of downtown), I need to have the wind nearby, breathe in green from time to time.

I hated high school. When I finished it, I studied two races, Letras and Translation. Now I teach in the two places where I was student: Philosophy and Literature in the UBA and the Living Languages ​​J. R. Fernández. I translated more than sixty novels. I study American minority literature because it resembles the one I want to write: a literature of resistance. I also write literary reviews for newspapers. What can be better than a job where I get paid to read?

I have three guys. For them I wrote my first books for children. Now, I think I've become independent. Among others, some of my children's and youth books are Maíz is drawn, Toucan learns a word, History of the Four Rumbos, Thresholds, The year of the Cow and The moon in the closet.